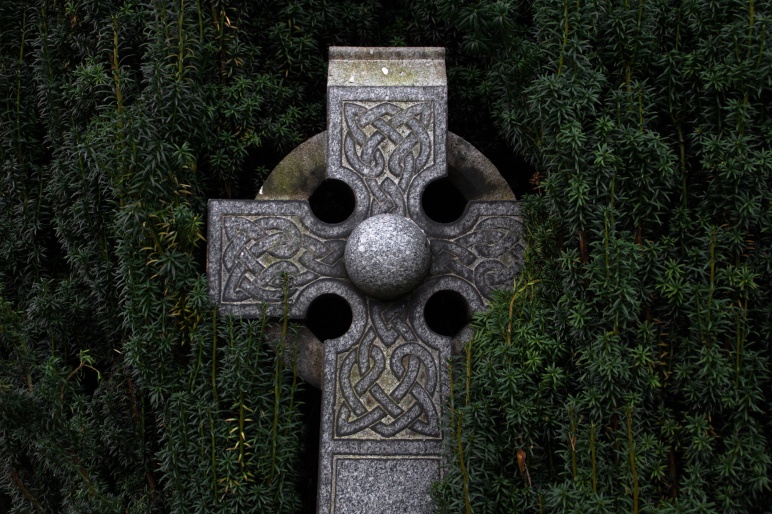 Yes. It is totally cool and you should do it right now, assuming you are deceased. I love my place, almost as much as our bank likes me paying them back for it. If we didn’t live in a small-ish apartment in a massive anonymous building with poor ventilation and neighbours with sensitive little pensioner noses, I’d also be keen to be buried on/in/under my property when I finally shuffle on and leave my wife with some peace and quiet.

However, the law takes a rather more boring view on these sorts of things.

Firstly, there are a poo-load of laws around what can be done to a dead person. Not surprisingly, the idea is to treat them respectfully and in a way that protects public health. So we can’t just go about leaving dead bodies hanging from the Sydney Harbour Bridge or from the stadium lights of the MCG as a warning to those that might try and threaten our sovereign shores.

Now, before we go on, be aware that things are about to get a little… well… emo in the next few paragraphs. I apologise in advance.

Firstly, bodies have to be treated in an approved institution shortly after they die. That means a funeral home or mortuary, at least until the time of burial or cremation. That already poses a problem if you want to be buried at home, as your friends and relatives are going to need to ensure you’re taken offsite to a funeral home to get the proper preserving treatments done. Lucky you!

On that note, I just want to bring up a particularly fun part in the New South Wales law on this issue. It says, and I am quoting here, ‘A person must not use the refrigerated body storage facilities in a body preparation room or holding room except to store bodies.’

This has to mean that someone at some point put their beer in a body fridge to cool it down, and meant we actually had to write a law into New South Wales that says only bodies go in the body fridge. Stay classy, my home State.

Now we get to the good parts. Firstly, you can only be buried or cremated in a locked coffin. Why does it have to be locked if everyone thinks you’re dead? To stop sick puppies messing with your body, that’s why. I know my brother would not hesitate to draw a male reproductive organ on my face if I had some sort of open or unlocked casket.  While his drawing skills in this area are impressive, this is not something I want to have on me as I shuffle off into the afterlife.

Next, if you are going to be buried, you have to be buried at least 90 centimetres down. That’s not very far, in my view, but who am I to argue with the law on these issues.

And you can’t just dig a shallow grave anywhere. Your body has to be buried in a designated graveyard or vault. You can be buried on private land, including your own, but only if the area of landholding is 5 hectares or more and the location has been approved for that purpose by a local government authority. So unless you live on a farm and have a good relationship with your local council members, it is almost impossible to get buried on your own land. You’d have to apply for formal State Minister consent, and you can probably imagine how well that will go down with a bureaucrat in your State or Territory’s parliament. Worth a try, I suppose. Write them a letter and if they agree to allow you to be buried on your land, let me know.

Similarly, only a cremation authority can do cremations, so you’ll need to convert your home into some sort of crematorium before you’ll be allowed to be cremated in your own home. Easier to go with burial, methinks.

So, in summary, if you want to be buried on your own land, ask your friends and relatives to do it late at night, to avoid detection. And they better make sure there is no moon so it is extra dark. And they should wait for a rainy night as well, so the dirt is nice and soft and easy to dig.

I have spent way too much time thinking about this.